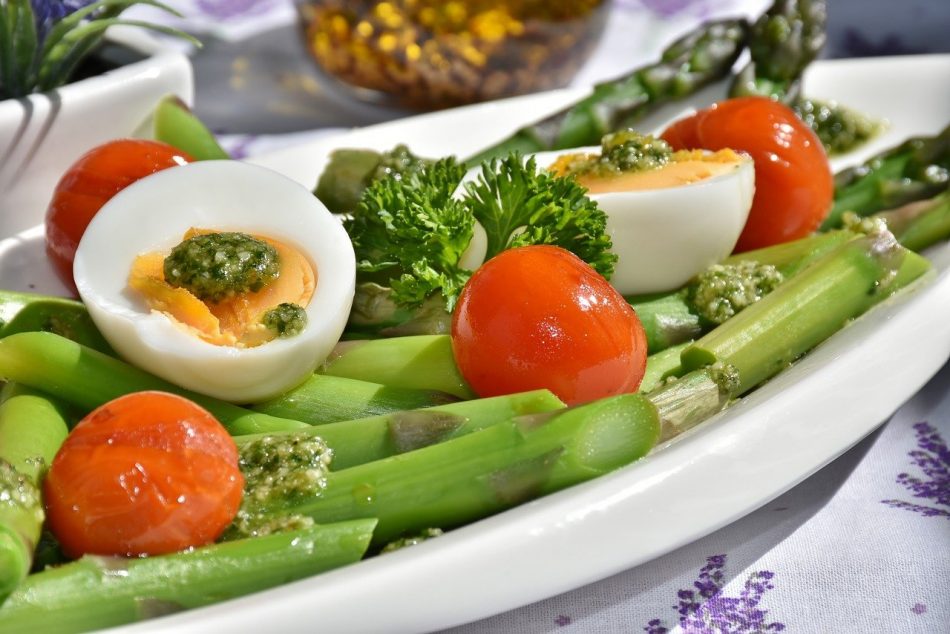 Asparagus, as every year, is the hit of the summer. The season for them falls in July and August. It is worth using this time to taste asparagus and make various dishes out of it for summer days.

How to cook asparagus?

Asparagus should be cooked in salted water, although it tastes just as delicious when prepared in steam or in a frying pan. Whichever way you prepare it, cut off the woody part beforehand. It is inedible and even long cooking will not make it change its texture. White asparagus also needs to have the tough part removed.

They taste best cooked whole, but various recipes also allow you to eat them in smaller pieces. To keep them slightly hard and firm, it is advisable to cook them for no longer than 10 minutes, and after removing them from the pot you should put them into ice-cold water. Thanks to this they will keep their beautiful color.

Check which recipes with asparagus are the best.

Asparagus – recipe for the best asparagus

Asparagus is a well-known delicacy of the summer. You can eat it in various interesting ways. Here are some recipes for tasty and quick asparagus.

They are slightly crunchy and above all, very interesting in taste. You can eat them solo or as an addition to a main dish. To prepare it you will need:

– a piece of brie cheese.

Clean the asparagus – cut off the woody parts, then throw into boiling, slightly salted water. Cook for 5 minutes and drain. Before they have time to cool down, put them in a bowl with cold water and ice. Drain on paper towel. Meanwhile, slice the brie cheese into posts and roll it with the asparagus using sliced bacon. Do the same on each asparagus, then place the bacon-wrapped vegetable on a hot grill pan, without any fat. Fry the asparagus on each side until crispy and the cheese melts. Sprinkle with coarsely ground pepper for flavour.

This casserole will be the perfect alternative to botanicals or other summer dishes. The combination of ham and asparagus is very interesting and will give a lot of taste sensations. Prepare:

– ham in slices or pieces,

– salt and pepper to taste,

– half a stock cube and water or a little bit of home-made bouillon.

Clean the asparagus from the woody part and cut into smaller pieces. Cut the ham into cubes, or into smaller strips if you have sliced ham. Add the asparagus, ham and the previously prepared potatoes to the ovenproof dish. Mix one packet of 18% cream with broth cube or home-made stock diluted with water.

Pour it over the ingredients, sprinkling at the end with cheese grated in large meshes. Bake the casserole at about 200 or 180 degrees (depending on the type of oven) for 45 to 50 minutes

Asparagus also tastes great with an egg, preferably a fried egg. The combination of the liquid yolk with the flavor of the asparagus is compelling, especially if you add a pinch of sea salt.

Asparagus in puff pastry is perfect for a starter – use the prepared puff pastry to wrap lightly cooked asparagus. Then bake them on a baking tray at about 180 degrees – top and bottom heat